What would true love never do to you? The question seems more difficult than it really is, so don’t be overwhelmed and discover the answer together. 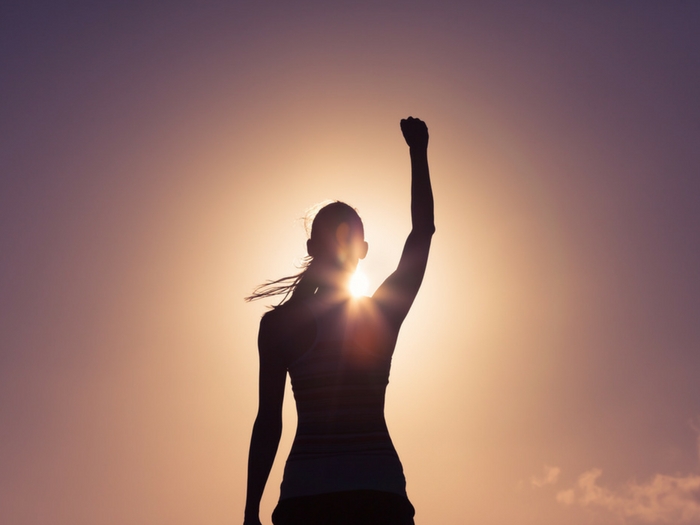 Before explaining to you what true love would never do to you, let me tell you a story about a couple who is still close and very much in love almost 20 years later.
The girl in the mirror
She looks in the full-length mirror she has in her room. Completely naked and exposed, but confident. He is older than he was 5 years ago, but he feels much younger. Think for a moment about all the men who passed in front of that mirror.
They thought they could own it. They thought she was in his possession. There in his arms, so delicate and sweet. But it really was she who owned them. P because she owns the space in front of the mirror, and moments that occur there too.
She looks at the man who lies naked in his bed. But it is not like one more. For the first time in years, he sleeps differently. With a subtle smile, a hint of serenity and a story free of envy and jealousy. She smiles and smiles to herself.
At that moment he wakes up, slowly lifts his head with his eyes half closed and sees her naked in front of the mirror. Her movement scares her and she jumps. Not because he is seeing her naked, but because she is not ready for him to be awake. Not yet.
This is his time, first thing in the morning when the world still sleeps and can hear the sound of his own breathing. It is his sacred moment where answers and ideas flow easily. A moment when your mind is at peace and your heart beats calm and serene. That’s when he closes his eyes and falls asleep again.
Put on the robe, tiptoe into the kitchen, prepare the coffee maker, place two slices of bread in the toaster and open the curtains. The early morning sun floods the house. A few minutes later the toaster warns that the bread is already made. Spread strawberry jam on top, pour a cup of coffee and sit on the steps of the front door.
Think about how happy you feel. Happy of be. Happy to be free. Happy not to be tied to another person or have anyone tied by her. Look at the sky and smile.
“I’m in love,” she says out loud.
The boy in bed
He has not gone back to sleep. When he raises his head and sees her bare front in front of the mirror, he feels that he is not ready for him to join the moment. So close your eyes again and pretend to sleep.
He hears how he laughs, puts on his robe, tiptoes into the kitchen, makes coffee, runs the curtains … He loves those little noises, noises he calls music.
Like the music last night, when they talked and laughed in front of a bottle of wine. Until unexpectedly she kissed him. And then he kissed her again. He loved her beauty and way of thinking.
He took off his shirt. He took off his own. And they continued like this for what seemed like hours until they were together in bed, naked. He thought he could love her. In fact he wondered if he already did, and if she would feel the same.
When the kitchen noises stop he gets up, puts on his underpants and goes to the living room where he sees her sitting quietly at the door of the house. It is all lit by the sun while eating bread with jam and coffee. It seems to be laughing.
He wants to bother her. Tell him that he is also hungry and that he would not mind sharing his toast. But he doesn’t, he seems so happy and free. Instead he leans against the wall and admires her from afar. And think about the fact that she will never be his, it will never be in his possession. And that is fine.
Because she simply said, “I’m in love.”
The only thing true love never makes you
Maybe it has been clear to you from the previous story, or maybe not, but in both cases it is important to remember that:
True love never limits you, it does not forbid you, it does not try to change you, and it does not entitle you, or anyone, to anything.

People sometimes mistakenly think they are owed something for the social role they have chosen. For example, if someone has agreed to be someone’s friend, girlfriend, boyfriend, wife or husband, they feel entitled to obtain certain favors from that person. If someone has accepted the role of being a father, they feel they have the right to be respected by their children. If someone has accepted the role of being a customer, they feel they have the right to have their needs met.
But life doesn’t have to owe you anything. And this becomes especially true in love.
Too often we associate love with limitations.
 If you love me, it will change
 If he loves me, he will do what I hope he will do
But that is not love. He doesn’t even approach him.
True love is unlimited. True love is free.
In fact, allowing ourselves to be free is what makes two people completely united. When we are not forced or tied to a relationship we can see and appreciate the most perfect things in it. You can catch yourself thinking “He is perfect for me.”
Not perfect in their behavior, in their beliefs or in their looks. Rather perfect in the way it fits into your life, the way its edges fill your gaps, the way your body rests on yours, the way your voices flow together in the same direction.
You can clearly see that there are no boundaries between you, and you laugh together about the fact that you both thought there were. And you laugh again just because you are free to be. Together and apart.
In this freedom you choose to find perfection in the other. In this freedom your happiness is vital to the other, and sacrifices are made. And that does not always mean that you are part of the equation. And that’s fine.
That is why it is amazing to love and be loved. Because the love you feel is a choice. Because true love gives you that option.
You both know that tying or trying to own the other would be like killing something that is part of that person. Something divine and human that rises and keeps you alive and free. And he doesn’t ask for anything, but he gives everything.
So you choose to be free, but at the same time be deeply connected. And this does not mean that you pass each other, but quite the opposite. I respect and admire you so much that I value your space and your freedom.
True love and true freedom
The essence of love is to allow people to be as they are and not try to change them so that they fit our selfish ideas about how they should be. Understanding and support is what people who care about you need, and not someone who tells them how they should behave.
A healthy and happy couple accepts the other as it is. Understand that problems are an inevitable part of any relationship, just as physical difficulties are inevitable as we get older. Those problems are like a weak knee or a broken back, we may not want them, but we are able to deal with them, avoid situations that make us angry and develop strategies that help us grow and overcome them.