Numerous studies have indicated that nap improves mental agility, creativity, humor and productivity in the last hours of the day. 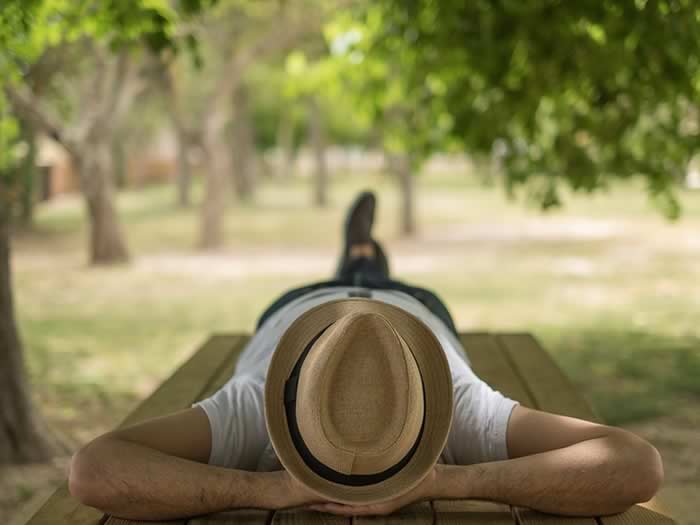 In recent years the nap so characteristic life has been gaining respect in other parts of the world thanks to scientific evidence that a midday noon benefits both mental acuity and health in general.

A 60-minute nap improves mental acuity up to 10 hours.

Investigations conducted with pilots indicate that a 26- minute nap on board (while the ship is piloted by a co-pilot) improved its performance by 34% and mental acuity by 54%.

A Harvard study showed that a 45- minute nap improves learning and memory.

Napping reduces stress and decreases the risk of heart attack, stroke, diabetes and excessive weight gain. Even the shortest nap is better than nothing.

A 2008 study in Düsseldorf showed that the onset of sleep can trigger memory processes that retain their effectiveness even if sleep is limited to only a few minutes. And last year, a British study suggested that just knowing that a nap was coming was enough to lower blood pressure.

The nap improves the brain, health and safety, but to know what is the best way to sleep the nap we must understand our body.

How long should we rest? To design the best nap you have to take advantage of its potential components. During sleep, the electrical activity of our brain goes through a five phase cycle.

A small nap at noon of 20 minutes leads in most cases to phase 2 of sleep, which enhances mental acuity and concentration, improves mood and sharpens motor skills.

To improve alertness upon waking you can drink a cup of coffee before napping. Caffeine takes about 20 or 30 minutes to take effect, so it will take action when you are waking up. Naps of up to 45 minutes may also include the REM (rapid eye movement) phase, which improves creative thinking and enhances sensory processing.

It is convenient to limit the nap to 45 minutes or less if we need to take action after the header. Otherwise we could fall into the dream of slow wave. Waking up during this phase can lead to sleep inertia, with stunning and disorientation that can last half an hour or more.

But we may want to take a long nap, at least 90 minutes. Many of us sleep an hour or hour and a half less than we need at night. A recent study indicates that the brain with sleep deprivation jumps from normal activity to complete lapses (or failures), a dangerous state of slowed responses and confusion.

Nap of more than 90 minutes

Naps between 90 and 120 minutes usually include all phases of sleep, including REM and deep-wave sleep, serving to clear the mind, improve memory and recover lost sleep. Longer headings in the morning carry more REM phase, while those in the afternoon offer slower wave sleep. A nap long enough to include a complete soil cycle, at least 90 minutes, will limit the inertia of sleep allowing us to wake up from the REM phase.

Mental Health; How these 10 colors positively affect you.