Nasal congestion (or clogged nose) consists of an inflammation of the mucous lining of the nose that causes a blockage of the nostrils making our breathing difficult. The main causes of nasal congestion are viruses and allergic reactions. 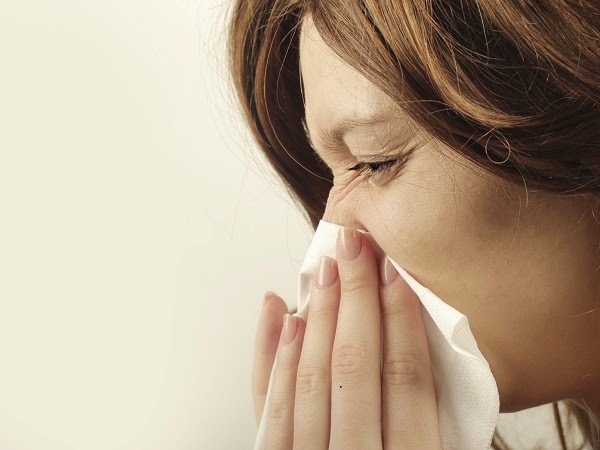 It is proven that vitamin C shortens the duration of a cold and decreases the intensity of its symptoms (but does not directly affect congestion). Therefore, if we are fighting a nasal congestion caused by a cold, an extra dose of vitamin C will come in handy to cope with its symptoms. If instead of a cold, it is an allergy that causes congestion, vitamin C will not help remedy congestion.

Hot liquids relieve nasal congestion, prevent dehydration and relieve inflammation of the membranes of the nose and throat. Therefore, if we have a blocked nose and cannot sleep, we can try a hot drink.

The dehydration and dry feeling we suffer when we fight a cold or flu often causes congestion in our nostrils. Creating moisture in the environment through vaporizers and humidifiers can relieve congestion (since the steam softens the mucosa inside the nose).

The garlic is a natural virus that is used quite frequently in the treatment of viral infections such as colds or flu. Garlic contains a flavor that releases the secretions responsible for draining the nostrils, allowing us to breathe comfortably.

The consumption of fresh grated ginger (1 small scoop) mixed with a glass of hot water can provide relief from nasal congestion. We can prepare a tea mixed with ginger, lemon and honey for greater results.

The vinegar apple cider helps clear a blocked nose, softening the mucosa and draining sinuses, allowing you to breathe comfortably.

Tomato juice is rich in vitamin C that helps improve our immune system. It also helps to release the nostrils by reducing inflammation of the nasal membranes.

The consumption of herbal teas such as ginger, rosemary, chamomile, and peppermint relieves inflammation and nasal congestion easily.

A good hot chicken soup is one of the best natural remedies for a clogged nose as it helps cure the cold as well as relieve congestion. We can also consume vegetable soups and get a very similar result.

Saltwater helps to end nasal congestion and eliminate virus and bacteria particles that may be in the nose.

Peeling and cutting an onion in half and smelling the onion for 4-5 minutes will help us release the nostrils and relieve nasal congestion. We can also place an onion cut in half in the room (near the bed) to avoid problems while we sleep.

It is good to increase the consumption of spicy foods when we suffer from nasal congestion. Try to include in your diet foods such as chilies, onions, ginger, garlic … The spicy will help liquefy the mucus, facilitating its expulsion and relieving tamponed.

Eucalyptus oil is one of the most effective remedies when it comes to releasing a stuffy nose. Drop a few drops of eucalyptus essential oil on a handkerchief and inspire its fragrance. We can also drop a few drops on our pillow to prevent overnight congestion.

This cutaneous application remedy consists of a mixture of 2 small tablespoons of lemon juice, 1/4 of a small spoon of pepper and a pinch of salt. Place the mixture around the nose to combat the symptoms of nasal congestion.